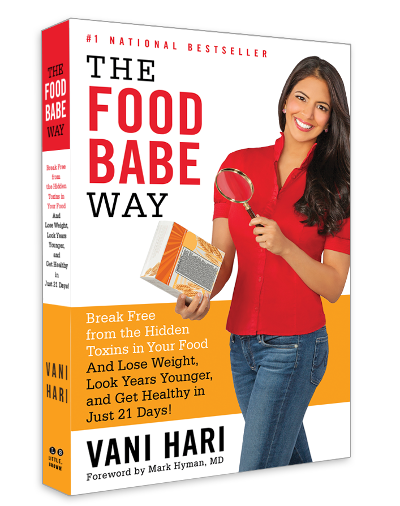 Order Your Copy Now. Choose Below.

The Book The Food Industry Doesn't Want You To Read!

What is THE FOOD BABE WAY about?

There’s a way to look good, be healthy and feel great without always needing to be on a diet. The Food Babe Way contains the 21 essential habits that I taught myself to restore my health, lean body and looks. I methodically take you through the simple changes you can make to live a more energetic and vibrant life while still being exposed to the food system we have today. After learning to maintain these habits, I have never had to diet again, despite the challenging environment we live in with an abundance of tricky marketing and addictive additives in our food that make us eat more than we should. I invite you to follow an easy and accessible plan to rid your body of toxins, lose weight without counting calories, and restore your natural youthful glow in just 21 days. In The Food Babe Way, you’ll learn how to:

Who needs this book?

Anyone who is tired of the food industry hijacking their taste buds and wants to take matters in their own hands and become their own food investigator, nutritionist and food activist. We have the power to change our health faster than anyone else and The Food Babe Way will show people how to do just that.

What People Are Saying:

Mark Hyman, MD
Author of The Blood Sugar Solution 10-Day Detox Diet
"If everyone followed the 21‑Day Food Babe Way Eating Plan, the food system as we know it would crumble, and a new era of innovation and creativity would take root. Antiquated industries and food systems would fall apart and new, transformative food systems would arise. Not only would we all be healthier, but we would also reverse the epidemic of chronic disease and obesity globally crippling our citizens, economies, and environment."

Congressman Tim Ryan
Congressman
"The Food Babe is a one woman consumer protection agency... If you want to bring transparency to our food system and improve the health and well-being of our fellow Americans then you need to join this movement."

Kristin Cavallari
Fashion Designer and Actress
"The book is an absolute must read, The Food Babe Way will change you and your family's health. You will never look at food the same way again."

Frank Lipman, MD
Author of The New Health Rules
"Vani Hari is a crusader for truth in what we eat and drink. She turns her in-depth food investigations into a practical, easy-to-follow plan that will have you feeling and looking your best in no time."

Joel Kahn MD, FACC
Clinical professor of medicine, Wayne State University School of Medicine, and author of The Whole Heart Solution
"Vani Hari is a fierce protector of our health and well-being and millions will benefit from her heroic deeds. It would be nearly impossible for someone not to lose weight and feel better after following these 21 habits. They are absolutely life changing and I recommend them to my patients and students of medicine."

"Quite simply, this is a MUST-READ book for every American citizen. The Food Babe Way will not only make you a much healthier person, but it will educate you on the truly shameful and despicable practices employed by the food industry in our country.

If there were ever a book that can single-handedly improve the health of our fellow Americans and create meaningful change in the way food is produced and consumed, this is it. The Food Babe Way is a true game-changer."

Gabrielle Bernstein
Author of Miracles Now
"Vani Hari is a fearless leader in a new food revolution. I'm in awe of her commitment to heal the world one bite at a time. In her book, The Food Babe Way, Vani wakes us up to the truth about our food, our health and our future. I recommend this book to everyone!"

John Robbins
Author Diet for a New America and The Food Revolution
"There's a reason big food companies are terrified of Food Babe. She findsout the truth about what's in your food like no one else, and holds food manufacturers accountable when they're selling you food products they know will make you sick. Now, in this fabulous book, she shows you how to be your own food investigator, activist, and nutritionist. She shows you how to get rid of polluting foods and replace them with ones that are truly healthy. Follow her plan and your life will be more vibrant, more beautiful, and more powerful." 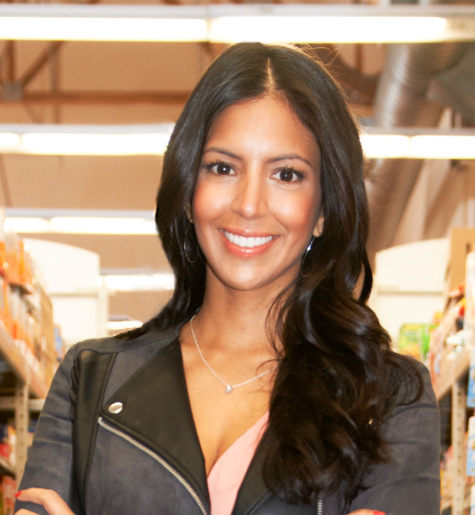 Vani Hari is a revolutionary food activist, a New York Times best selling author, and was named one of the “Most Influential People On The Internet” by Time Magazine in 2015. Hari started FoodBabe.com to spread information about what is really in the American food supply. She teaches people how to make the right purchasing decisions at the grocery store, how to live an organic lifestyle, and how to travel healthfully around the world. The success of her writing and investigative work can be seen in the way food companies react to her uncanny ability to find and expose the truth.

Hari has influenced how major food giants like Kraft, General Mills, Subway, Chipotle, Chick-fil-A, and Starbucks create their products, steering them towards more healthful policies. Hari’s activism has brought in worldwide attention as she has been profiled in The New York Times, The Atlantic, The Financial Times, Wall Street Journal, USA Today, and more. Hari has appeared on Good Morning America, CBS News, NBC News, Fox News, The Dr. Oz Show, The Doctors Show and CNN. She lives in North Carolina and is the founder of Truvani, a start-up offering real food without added chemicals, products without toxins and labels without lies.

Get Your Book Now. Choose Below. 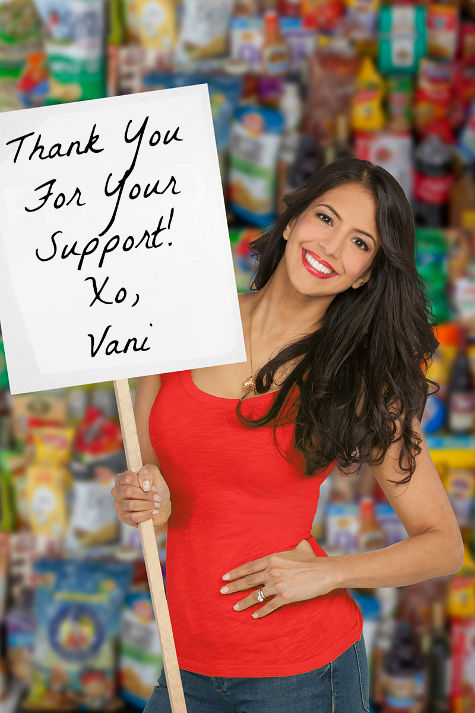